Everything You Need to Know About Carbon Fiber 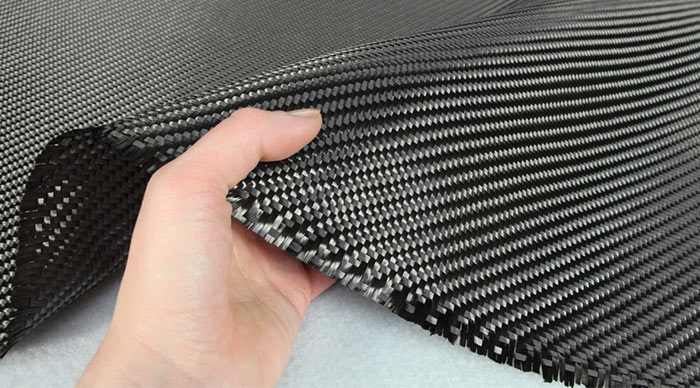 Carbon Fiber is a composite material that is 5 times as strong as steel, but weighs less than aluminum. It is used in everything from aerospace technology, formula 1 race cars, sporting goods, and even in medical applications.

It is made from very thin strands of carbon fibers that are bonded together in a chemical  process to form a yarn that can be weaved into a fiber. This fiber is combined with an epoxy and can be molded into pretty much anything you can imagine.

Carbon fiber was first invented near Cleavland Ohio in 1958, but it wasn’t until a new manufacturing process developed by a British research center in 1963, that the true potential of this amazing composite was realized. Since then, it has gained widespread popularity in numerous applications. Here are 4 of the most popular.

1. Aerospace – Given the light weight and rigid strength, the use of carbon fiber is growing exponentially in the aerospace market. It is used in commercial aircraft engines, military defense aircraft, helicopters, and even in NASA’s space shuttles.

2. Automobiles – The automobile market is quickly utilizing carbon fiber in many forms for both design and performance. Several exotic car manufactures use carbon fiber for the entire shell and chassis of the automobile, but given the high cost, most applications are used for specific components such as engine parts, body panels, and interior inserts.

3. Sporting goods – In order to gain the edge of moving fast by using lightweight materials with less resistance, carbon fiber has become a popular alternative to traditional materials used in sporting goods. Everything from tennis racquets, bicycles, archery arrows, gliders, surfboards, and even shock absorbers in running shoes are now being made up of this amazing composite.

4. Medical devices – Carbon fiber is radiolucent which means that it is transparent to x-rays and other imaging devices. This makes it the ideal composite for medical equipment like radiological suite floors, tables, and scanner covers. Carbon fiber also provides durable, lightweight support for orthopedic inserts and prosthetic parts.

The materials used to make carbon fiber are organic polymers and they are made up of long strings of molecules bonded together by carbon atoms. 90% of the fibers are made from polyacrylonitrile, or PAN, while the remaining 10% are made from rayon or petroleum pitch. The raw material used to create carbon fiber is called the precursor.

The precursor is pulled into very long fibers and heated to a very high temperature in an oxygen-free environment which prevents the fibers from burning. The extreme temperature causes the atoms inside of the fiber to violently vibrate until nearly all of the non-carbon atoms are expelled.

Once the raw material has been produced, there are typically 5 steps of the manufacturing process.

1. Spinning- The raw materials are mixed with acrylonitrile plastic powder and spun into fibers. These fibers are then washed and stretched which help the molecules align within the fiber.

2. Stabilizing- The fibers are now altered chemically in order to covert their linear atomic bonding to a more stable state.

3. Carbonizing- The stabilized fibers are now heated to a temperature up to 5,500 degrees Fahrenheit so that the fibers are formed into tightly bonded carbon crystals.

4. Treating the Surface- The surface of the fibers are then oxidized so that they have better bonding properties with epoxies and other materials.

5.  Sizing- The newly coated fibers are then wound onto cylinders called bobbins and loaded into a spinning machine that twists them into different sized yarns.

The fibers are then formed into composite materials by adding layers of weaved carbon fiber cloth and resin into a mold. The mold is then heated under pressure in a vacuum until the fibers are bonded into its desired shape.

The Future of Carbon Fiber

Perhaps the most important role that carbon fiber could play in future technologies is in  mass production of fuel efficient automobiles.

With the rising prices of oil and the negative effects of greenhouse gases in our atmosphere, car manufactures have been pressured to produce more fuel efficient cars. Replacing heavy steel bodies with carbon fiber would significantly reduce the amount of fuel exhausted by the average consumer.

The only setback we are facing is that  carbon fiber is much more expensive to produce than steel, and the entire process of creating carbon fiber is time-consuming and difficult; however, major car manufacturing companies like Toyota and General Motors are investing heavily into using carbon fiber in production as a means to help reduce fuel consumption.

Regardless if carbon fiber cars on a large scale will ever be a reality, there will always be practical applications from this amazing composite material. The carbon fiber market is growing faster than ever, and there is no sign that it will stop anytime soon.