How Composite Materials Save Lives on the Battlefield 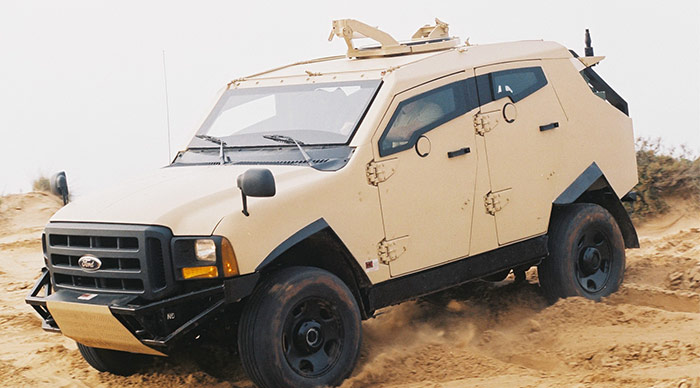 It has been said that War is Hell. Soldiers on the open battle field often face the daunting task of keeping safe and out of harm’s way on a daily basis, but, unfortunately, they cannot always accomplish this. The best way to keep a soldier safe is with protection, and composite materials have provided such protection and has saves countless lives since its introduction into military applications and warfare.

Composite materials are now widely used for military applications in combat situations such as: structural support for bunkers and obstacles, advance body armor systems, composite armor for vehicles, and more. Let’s take a deeper look into some of these military applications to further understand the major impact that they have had with saving lives on the battlefield.

Concrete is a composite material that has helped shape the enginerring world as we know it, and it has been protecting soldiers at war for thousands of years. It was also widely used in both World Wars for construction of bunkers and other defenses. The Allied Forces even used concrete ships to help support invasions in WW2. Concrete remains a valuable composite for protecting soldiers from ballistics, shrapnel and other threats, even today.

One of the greatest forms of protection that the modern soldier utilizes on a daily basis is their body armor systems. They come in the form of Kevlar vests, composite helmets, advanced composite goggles and gloves, and lighter weaponry and gear. This overall reduction of weight from using composites gives soldiers the ability the maintain stamina and performance over longer periods of time, all while providing additions protection from hostile treats.

In WWI, body armor was introduced to soldiers in the form of heavy, hardened breastplate made of steel with a small “necklet” made of interwoven layers of silk and cotton stiffened with resin. Although these did provide some protection, they proved to be cumbersome and difficult to maneuver in.

Modern soldiers now use Kevlar as their primary composite material on the battle field. This lightweight, agile armor is made up of high-strength synthetic fiber that is 5 times stronger than steel.  It provides protection against small arms fire and fragmentation while keeping the user comfortable and flexible. In fact, Kevlar vests are not only for military applications, but also for used for police, personal security, and civilian applications as well. One thing is certain, composite materials in body armor has saved countless lives and continues to do so today.

Armored vehicles have traditionally used steel armor for protection, but this has proven to cause several logistical problems. The first problem is the sheer weight. A typical military vehicle can weight around 60 tons and this causes a major hindrance while transporting vehicles to the battle field. Another problem is maintenance. Steel plating is  prone to rust and fatigue more so than composite materials. Lastly, having an increased weight leads to less maneuverability which makes it more difficult to get out of a hostile situation quickly. It is because of these problems that there has been a great push to advance into the use of lightweight, low-maintenance composite materials.

The Pentagon in Washington had been seeking a replacement for the traditionally armored Humvee for quite some time, and now they have it. The Joint Light Tactical Vehicle (JLTV) is a next-generation military vehicle that utilizes numerous forms of composite materials that help keep soldiers out of danger. Aside from the composite armor that replaces traditionally used steel, these vehicles incorporate blast resistant tires, lightweight composites materials, and even composite windows. These next-gen military vehicles have proven to have a major increase in tactical and logistical mobility, and it provides an overall safer environments for soldiers all together.

Other military vehicles such as the US M1 Abrams and the UK Challenger battle tanks have switched to a composite of ceramic plates and bonding components to help increase the rising demand of lighter and more maneuverable vehicles.

The Future of Military Grade Composites

The material has been dubbed Advanced Anti-Ballistic Compound, or AABC, and this new patent-pending composite material has a very high strength to weight ratio, unlike anything seen before. The company claims that it is capable of safely stopping and absorbing projectiles for everything from small arms fire to every kind of non-nuclear, conventional explosive devices. It has been shown in testing that AABC has proven its effectiveness even against the aggressive .50 caliber BMG, a heavy-duty military machine gun that has been referred to as “unstoppable”.

Only time will tell as to what the next big breakthrough will be for military grade composite materials. One thing is for sure, soldiers on the battlefield will be safer and better equipped than ever before.