Giving metallic material a run for their money in the bicycling industry is none other than carbon fiber. With its obvious benefits over traditional material, carbon fiber constructed bicycles are the ones the professional cyclists and the best in industry swear by. Bike Frames made out of carbon fiber composites offer performance benefits that are hard to ignore, and it is also the main reason why the entire pro-level road cycling circuit is rooting for it

Simply put, Carbon Fiber composites stands for carbon fiber reinforced polymer, and is a super-strong but light material formed through a combination of polymer resin, like epoxy, with the reinforcement of carbon fiber. As a result carbon fiber has been fast replacing other materials in industries where weight and strength are primary requirements. The bicycle industry is one such industry where it is making its presence felt.

Use of Carbon Fiber in Bicycle Industry

The use of carbon fiber has drastically increased in the last decade. It is now considered the most omnipresent bicycle material around, and fast joining the ranks of the most common applications of carbon fiber.

The most common use of the carbon fiber in bicycles is as primary material for bike frames. However, it finds a notable amount of use in other bike components as well. For bike frames – lightness and stiffness are the two major advantages that the material offers in comparison to its counterparts. Carbon fiber enables the building of super light and stiff, frames in state of the art designs that previously seemed impossible. Various types of carbon fiber components goes into the making of bike frames, while tensile strength and tensile modulus are characteristics that are focused on. Tensile strength signifies the force required to break the fibers, while tensile modulus is a specification measuring the stiffness.

Like the usage of carbon fiber in the automotive industry, the bicycle industry also focuses on speed achieved through better acceleration because of lightweight construction. Also, with carbon fiber it is possible to make strong bike frames, that are durable and easily formed into shapes. Carbon fiber can help achieve futuristic bike designs providing better balance and faster speeds, which previously were not viable with other traditional material owing to their heavy weight properties. However, carbon fibers inherent lightweight properties makes it easier to incorporate aerodynamic efficiencies for faster speed. The material therefore finds widespread use in racing bikes. 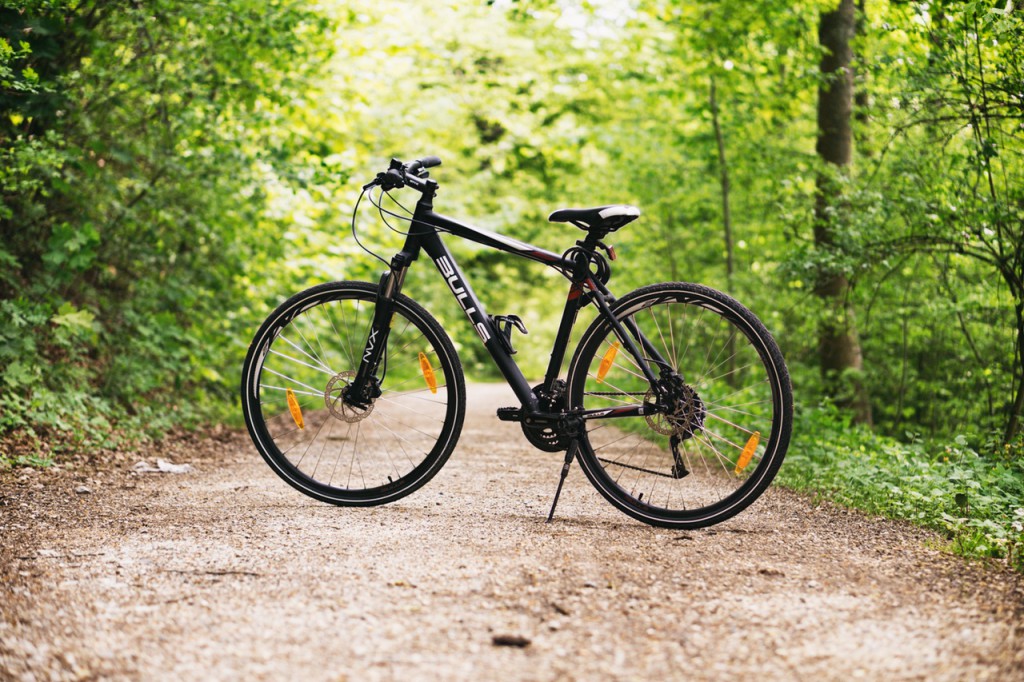 A lot goes into manufacturing of carbon fiber. And then, the real process of construction of the bike frame begins. Though, these processes also vary and depend on the end results sought.

In “Tube to Tube construction”, cylindrical tubes are joined with adhesives and lugs in some instances, in the similar fashion of steel tubing. While a “Monocoque construction” procedure involves forming frames with a single piece.

The real sorcery lies in the layup though, where the stiffness of the frames can be fine tuned to desired level. Stiffness properties in carbon fiber are unidirectional, and has maximum strength along the long axis of fibers. Therefore, stiffness is tuned according to the fiber orientation and placement in the molds. This also means unidirectional fibers are stronger than woven ones.

Different grades of carbon, shapes and location of the carbon fiber in the molds determines the rigidity and lightness, and processes are set in place to optimize according to required results.

Contrary to the myth that carbon fiber frames are done for once they suffer damage, it is very much repairable. Damaged parts of bike frames made out of carbon fiber can be replaced or repaired just like steel or aluminum made parts. The process involves, cutting out of damaged part or area and replacing with fresh material, which is then painted over to cover signs of damage.

However, due to the complex nature of repairs for carbon fiber bike frames, it is best left to professionals, who can fix your bike in a jiffy!

Lastly, but certainly not the least, woven carbon fiber are used to add a cosmetic layer to the underlying unidirectional fiber. As a top layer the chic looking woven skin, not only protects the real structure against scratches but also adds an aesthetic value to the overlook look of the bike. Sometimes this layer might be given a miss, but nothing beats the jet black and attractive classic fiber look if it a suave looking bike you are looking for!

With the technology behind carbon fiber ever improving and evolving, the following years are likely to see further growth of carbon fiber composites. The bicycle industry is no stranger to the benefits of the miraculous material and sure enough, we shall find even more widespread use for it in the industry in near future.